From Dave Weston
Setanta Orienteers is 40 years old having been founded in 1976. We thought that the occasion should not go unmarked, so we are going to have a celebratory novelty type event on Sunday 23rd October in honour of the occasion. The event will be at Ballinascorney using the 1979 version of the map. There may have been some changes to the area in the intervening decades (to say the least), but that’s part of the fun. Old style orienteering will be further encouraged by needle punches, flimsy control cards and a dodgy paper map. The event will start on the road running through the wood heading for the army rifle range (turn left at Stone Cross). The grid references are pasted below as well as a useful website that places grid references on a google map. Start times between 11:30 and 12:00 noon. A super yummy birthday cake shall be baked for the post race celebration.

Now, a bit of history that may, or not, be true. The 1979 map was, I believe, made for the Leinster Champs held on 13th March 1979. However this event was, for some reason, was switched to Tiglin instead. This version of the Ballinascorney map was probably first used for the second day of the Leinster 2-Day on 25th November 1979. I believe that there may have been earlier black and white and partially covered maps of Ballinascorney, but they could be lost to posterity. Nevertheless, we will still be orienteering on some history.

Hope to see you out on the 23rd. Entry is free obviously. It should be a bit of fun.

It should be noted that a Black & White map of Ballinascorney was produced as early as 1971.

March 1979 had Ballinascorney as venue for the Leinster Champs to be held on 13th May 1979, then in 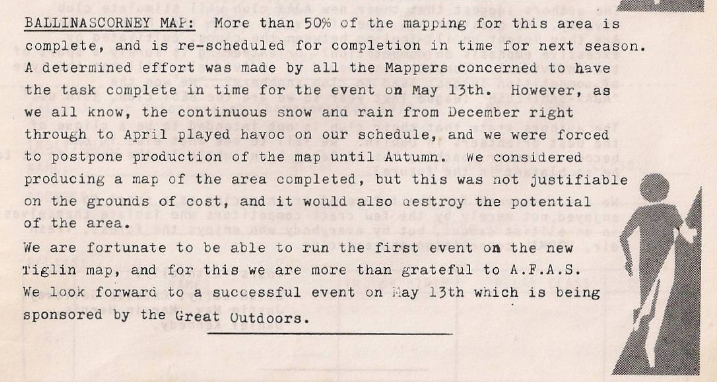 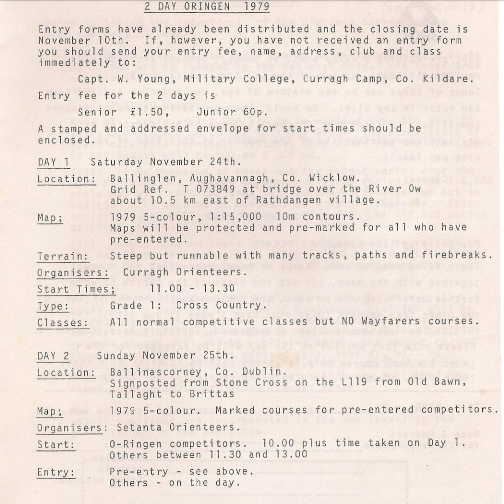 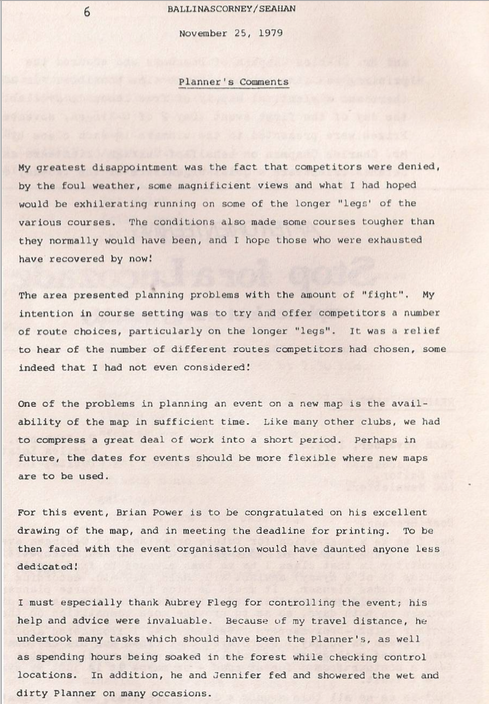 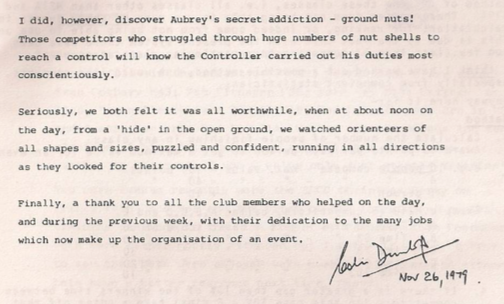 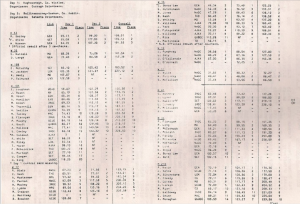